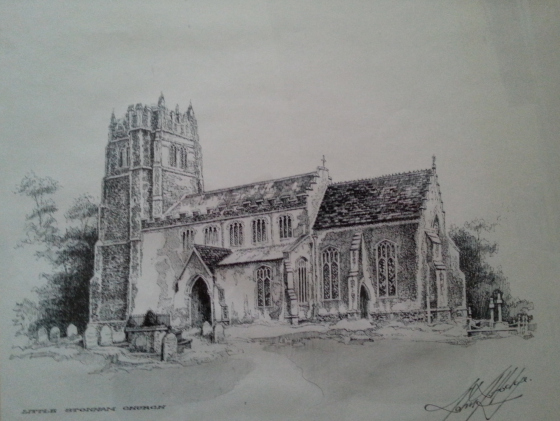 John lived with his family at the Old Rectory in Stonham Parva from 1974 until 1985. He worked in the printing industry in Ipswich. He was a keen artist and has a website displaying his other works: http://johniainhodge.wordpress.com/

His wife Sylvia was Parish Clerk for Little Stonham and also was actively involved with the primary school as a governor. She also occasionally cleaned the brasses and did the flowers in the church whilst her then young children played hide and seek between the Pews.

John’s   life took him from Stonham to various places ending up in Caithness, Scotland however   Stonham always felt like home to him so it seems fitting that he is now back laying to rest in the cemetery overlooking the church he once illustrated.